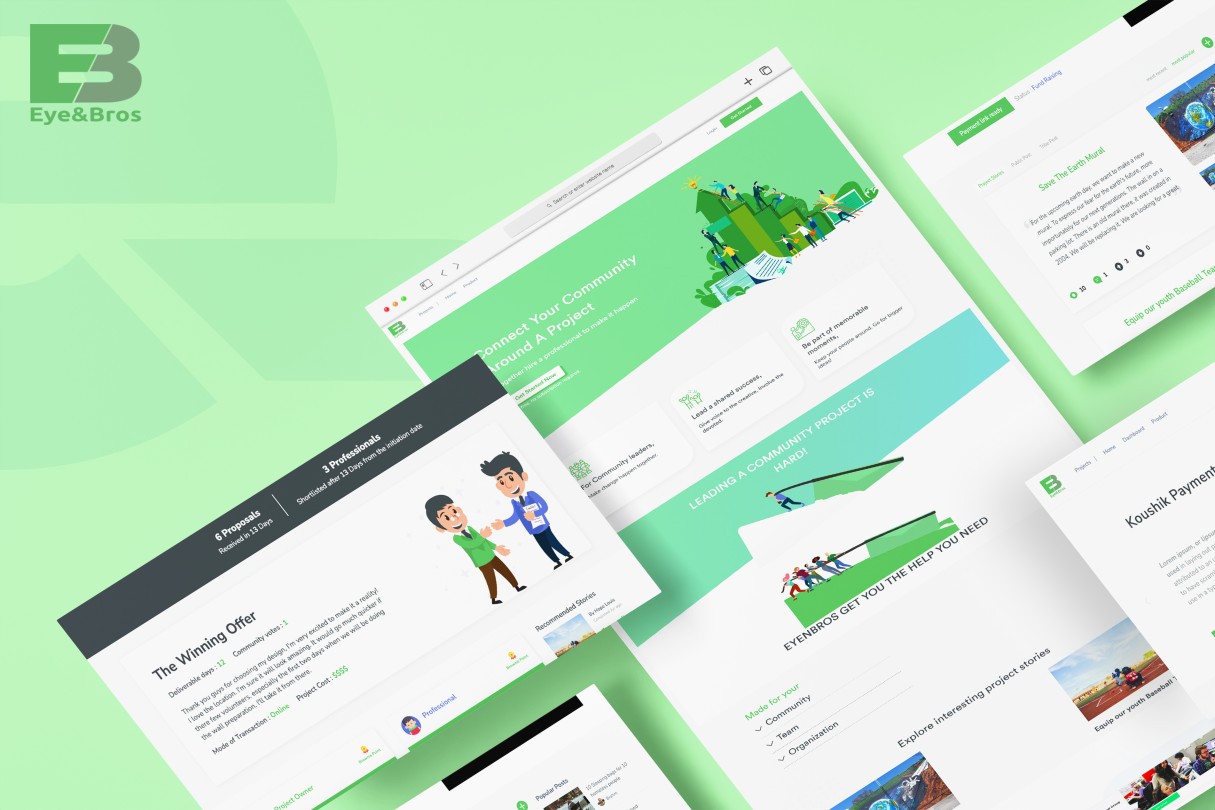 Eyenbros is a community-based project management marketplace for Tribes(groups) willing to carry out small and medium-sized projects collectively. The users within the platform can create their tribes or be a part of it. The leader of the tribe can create tribe projects and collect funds from their members.

They are able to open their projects for bids from the professionals and carry out the project within the platform. The platform also has an active connect area where users are able to create their own posts.

As for the professionals, and other users they have a dashboard to track down their engagement in a very intuitive manner.

We started with the project at a very early stage.  The founder, Brahim Benaissa, a research scholar turned entrepreneur was developing the project on his own from an open-source project at that time.

We introduced our MVP Program and Brahim was quick to identify the benefits of it. Once we started the program, we identified key features to test the market and got feedback from the users.

Ever since we are able to iterate 3 times with the help of the customer feedback and continue to further the progress.

During the development of the first release, we continued with the stack, before upgrading and parting ways with the same in the second release.

We upgraded to Python 3.x  and build the new features with Django Rest API & VueJS.

We still rendered the initial pages to help the SEO of the product.

The approach that we followed –  was to get the designs prepared in one sprint that gets developed in the next sprint and the cycle continues.

The client had a good release and moved from MVP to the next phase as well but with prevailing Covid-19 during 20 – 21 they had to shut down operations.

Their product is still live but the operations were dismantled after Covid. The client is looking to re-initiate the project and we are on hold to develop further sprints.