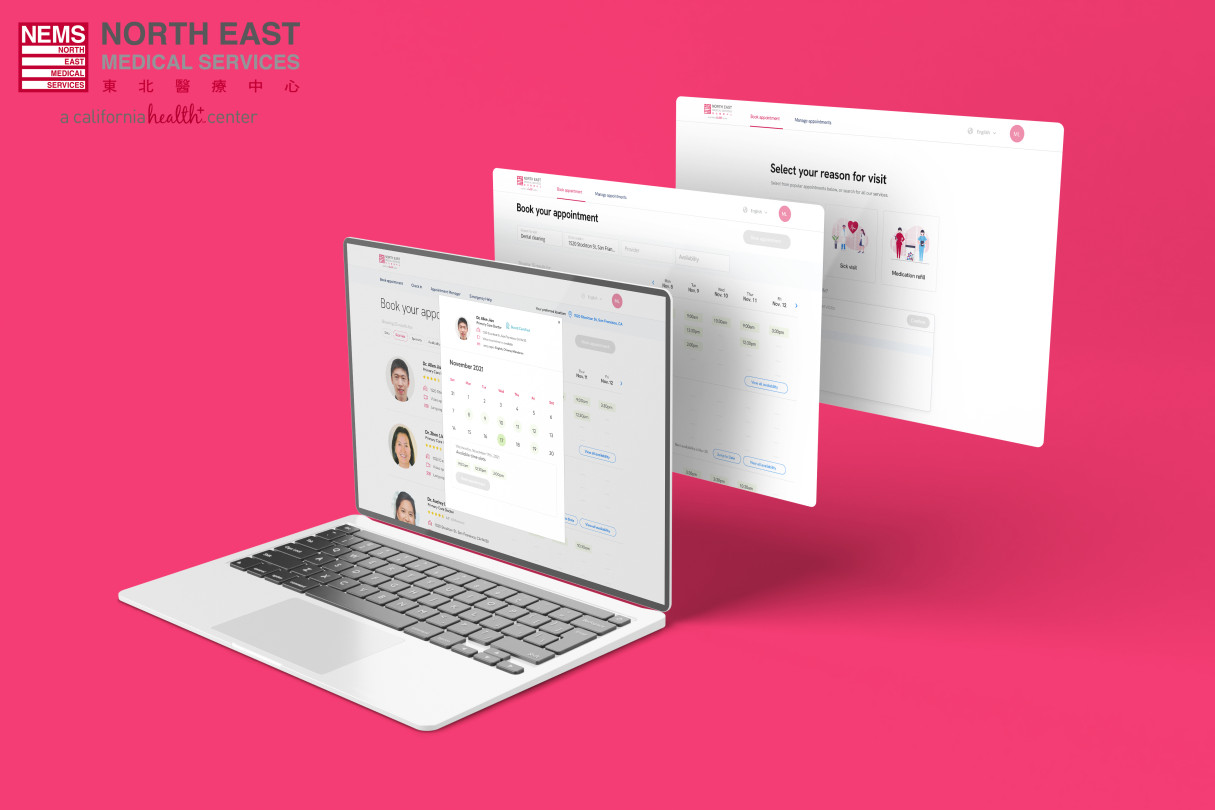 NEMS is a FHIR-compliant patient scheduling management system. Built in association with Quantfarm.

North East Medical Services (NEMS) is one of the largest non-profit community healthcare service providers in the United States serving the medically-underserved populations of the San Francisco Bay Area.

The scope of the project was to improve the patient experience by providing best-in-class healthcare services using technology.

The unanimous decision from the board of NEMS was to develop a FHIR-compliant scheduling experience for their patients where they can book and manage their own and their dependent appointments at the touch of their finger.

We started building the product right from the Idea stage.

Five different teams(companies) collaborated together in the project to make the project a success. The details of everyone’s contributions are mentioned below:

The current product was built for Phase1 to include the following into the product:

Our primary challenges included communicating with the FHIR APIs exposed by another team with limited documentation.

The development approach we followed for the project was to go with agile methodologies for product development. Every feature had the following set of SOPs to go by in order:

Testing the product thoroughly was one of the key metrics for a successful product.

Our clients had a successful release and under the Beta phase, they were able to book more than 85+ appointments without any marketing within a span of 15 – 20 days.

The current phase is being tested by the clients to gather feedback on the adaptability of the platform by both their customers and other prospective companies.

We are currently supporting Phase1 for the product and handling all improvements that come along from the clients.