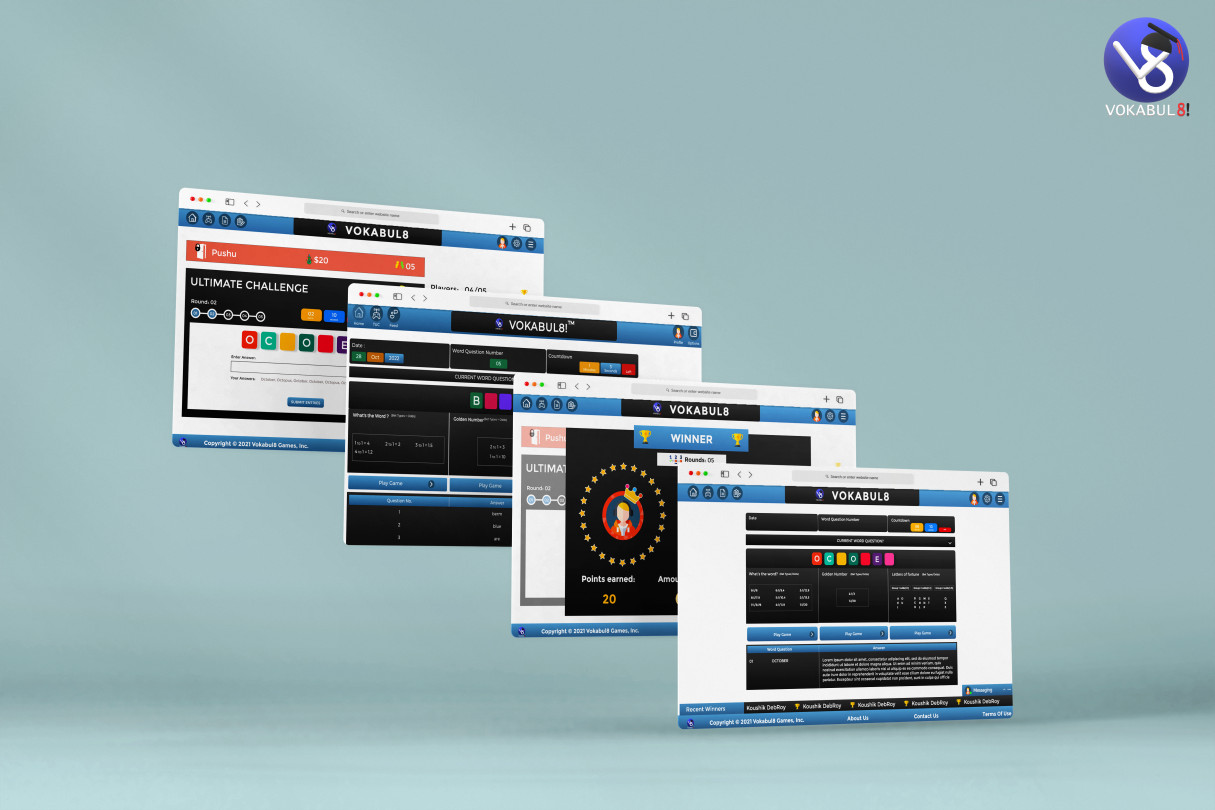 Vokabul8 is a betting platform for vocabulary. It is aimed at adults to use their wallet money which is connected to VeightCoin(Wallet for virtual currency) to play 4 different games that the platform provides.

The details of each game are given below:

Anyone who has sufficient balance in their wallet can play and put their bets for the game where they need to guess the missing letters of the current word to complete the word in an English vocabulary.

However, in this game, a user will be presented with 4 groups of letters and they would need to guess the presence of a letter in a particular game from the remaining games by selecting any of the 4 groups.

Each has its own odds and bets.

Any user can create a room and invite their friends and peers to play along. They can select to join any existing room from the platform. When the game starts it runs for a fixed number of rounds which is set at the beginning by the creator of the room.

Every round accumulates some points according to the answers given and at the end of the final round winner or joint winners are announced for the challenge and given the winnings too.

Apart from gaming and betting on the platform, there is a social aspect of the platform where a Facebook-like feed and chat options are available to the users who can easily engage with everyone’s posts on the platform itself.

We started building the product right from the Idea stage. The founders wanted to build the full product instead of approaching it with an MVP and thus the entire product was built according to the founder’s specifications.

One of the significant tech dependencies on the product is the implementation of sockets that helped synchronize the timer for every player around the world.

Our primary challenges included optimizing the algorithm that helped process the questions with the deserved player to win.

Synchronizing the timer was also a very challenging event of the product that we developed and it took precision on the sockets to get it right.

The development approach that we followed for the project was to,

At present, our clients are in the Beta Phase where they are seeking active feedback from their target audience.

The release got delayed with multiple changes from the client from the original timeline and scope but they were able to release it to the market by plugging VeightCoin to play with.

They are currently in the testing phase and plan to make all the iterations they are collecting feedback from their customers.

We are currently supporting the project for improvements and taking a cognizance of all the feedback from their team which can further improve the product.